Searching For My Fortress Of Solitude

The wood was strong, fragrant and had a green hue that made the sunshine dance off it. The nails were spaced in a pattern that I swore looked like rivets on a B-52 Bomber vintage 1950 something. A treehouse stood between two oak trees in my back yard. It was the perfect hangout for a kid. I don't remember the square footage, but it was bigger than my first dorm room at college. As a 10 year old boy, it seemed like a mansion. I picked up a broom to sweep out the spiderwebs, dust, and mildew. In a few minutes, I would be reading the latest Spiderman or Green Lantern adventure, adding up box scores from the Atlanta Braves west coast road trip, and plotting my future as a rock star or athlete. Then tragedy struck. The broom caught a hornets' nest. Several angry, flying, bad intentioned insects stung. They got me, they got my mom, mostly they got the treehouse. My dad and grandfather poured gasoline to prevent the hornets from returning. The trauma was too much to overcome. The perfect getaway now smelled like petroleum and bug spray. I never used the treehouse again.

I always found Superman boring. The disguise was stupid, He was an alien for crying out loud. Plus there wasn't enough brooding and angst like Spiderman and Batman brought to the show. Jon Bon Jovi has a Superman tattoo on his arm. That means, I will never be looking at Superman as anything cool. The one thing Superman had that's interesting is somewhere in Northern Greenland, near the Artic Circle, called his Fortress of Solitude.

That's where Superman can hang out, watch football on the big screen, not have to put up with Lois Lane's bull, and create scientific experiments that help mankind. Most dudes will tell you, finding their own fortress of solitude is mandatory to being balanced and happy. Hunting, fishing, golfing, their buddies' mancave, somewhere, a guy needs to get  away. It isn't an anti-female thing. It isn't ant-social. It's being by yourself or away from the normal so you can clear you head, have some mindless fun, and understand your place in the world.

The next time I ever found a good hideout was college. I worked at the student radio and television stations. They were located at the top of the communications building almost dead center in the campus of the University of Alabama.

Alabama's grounds; also called the Capstone, were shaped like a perfect square. From a building top view you could see all four corners of a beautiful school that played good football and had a decent music scene. The roof of the communications building had two eaves that weren't seen from the street. You could take a sandwich, a walkman (it was the late 80s to early 90s), and chill completely out for large chunks of time.

I'm the only guy in my home. My dog's a boy but he acts like the 4 women I live with, plus, he doesn't speak in full sentences. As much as I dig my wife, who is my best friend, and three daughters; there are times where it would be nice to be alone for a few minutes. I have two options. One is the bathroom, which is tough to pull off since I do live with women and they like being in the bathroom, a lot. The other one is the gym. No one I live with has a membership so there's an hour I can lose myself in sweat, the ipod, and my own body. The problem with both fortresses of solitude is, the wife and three daughters don't see them as sacred as I. They have to know things. Important things like, where's their hair brush, who moved the remote control, what do I want for dinner, can I go to the grocery store and get what THEY want for dinner, and the most pressing need to know, what am I doing? This contact happens through the door, their voices carrying over while I'm in the bathroom of solitude or by cell phone while I'm on a treadmill, doing pushups or handling a couple hundred pounds on my neck while bench pressing. You can say, "getting away" is a lost cause I'm losing belief in.

The Green Lantern, underrated superhero and one of my favorites, had a ring that could produce a forcefield around himself. Dude could hideout in a cocoon, anywhere in the world. 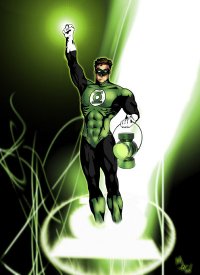 I wear a ring. It means my wife and kids can tell me what to do anytime, anyplace, and I need to suck it up and take it like a married man. You might ask, why don't you go to the gym or the bathroom when everyone's asleep? Well, I like going to bed with, and waking up with my wife. 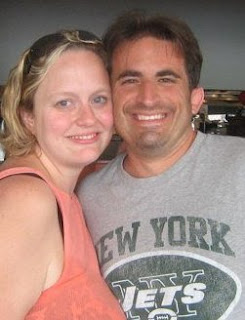 She's warm, smells nice, and asks for me to be there. I help her get the girls ready for school. We have a routine that sometimes works. I'm also a responsible person. So, to answer questions like, "why not turn your phone off at the gym" I say, because they may need me, and often do. My job is to be there for them. I get enough time, small pockets as they may be, to work out, write, watch ballgames, and be a dude. I just need to manage my time better.

I travel for work. One of my jobsites in at the top of a mountain overlooking Eastern Tennessee. You can see for dozens of miles through clear blue skies and over gorgeous forests. It's the perfect place to picnic with my wife and three daughters. There's even an area to play touch football. Next time I can, I'm taking them to work with me. Superman can have his fortress of solitude. That's too nerdy for me. I need to hear about hairdos, friends who are boys that are cute, and what the guys on Big Time Rush are up to.

Somewhere through this post I realized I wasn't complaining. I actually got the fact that never being alone is a good thing. I don't disappear in the woods hunting for days at a time like some men do. I trade trips to the flea market for watching the big Jets football game uninterrupted. I accompany a teenage girl to cheerleading practice and later on, I watch an entire Devils hockey game untouched. My wife and kids do kinda, sorta like me. They want me around, not apart from them, contemplating who would win in a fight, a robot versus a ninja versus a zombie versus a vampire. They need for me to be in the same address while they surround me with there dramatic lives. Instead of desperately searching for my fortress of solitude, I think I need to settle on my treehouse of gratitude. I can get a good five minutes, every once in a while, to think about things there. By the way,  Robots are smarter than ninjas, vampire, and zombies. Of course they'd win. You didn't think I wasn't going to represent my cyborg brothers did you?


Today's song is ironic to say the least. When Pat Monaghan and Train were a good band, they wrote this rock tune about being on the road, thinking they were "Free", when they really were searching for a place to call home. This song really lays it all out there. Listen to you several times, if you wish. Here's Free;