The Music Lover's Guide to the 2011 Grammys, aka I Love the Way I need A Doctor 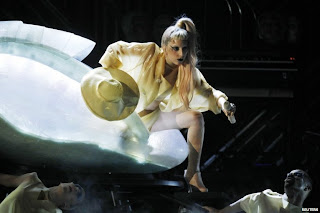 If you survive around long enough, most of life's questions will be answered. What came first, the chicken or the egg? The answer is Lady GaGa . The dance diva from New York tried to upstage herself from the whatever the last thing she did, so having people deliver her to the Staple's Center in Los Angeles for the 53rd Grammy Awards in an egg sort of did that. She hatched herself to sing her new equal rights song Born This Way, which sounds a lot like Madonna's 1980s tune Express Yourself, also about the same subject. The bottom line message is, every 25 years someone will say the same thing musically but do it in a more ridiculous way.

That's how the awards show started. It was actually uphill from there. Except for a Justin Bieber career retrospective, which actually ended nicely. Having known everything about him in a five minute span makes it easier to forget him, by tomorrow. I expect to replace my daughters posters by next Tuesday.

As a music lover, and it being Valentine's Day, I wanted to show you part of my heart that didn't include Bobina and my girls. Music is my other love(r). Every year I watch the Grammys. Every year I complain about them. Every few years, I get surprised and actually like some things. There was an Aretha Franklin tribute featuring several people singing back up for my girl Christina Aquilera. Against the wishes of people who actually know better country music was recognized, and Lady Antebellum inexplicably won several awards including record of the year for their version of Starland Vocal Band's 1976 hit Afternoon Delight, called Need You Now. Bottom line message there, every 35 years, someone will say the same thing blandly and get an award they don't deserve for it. 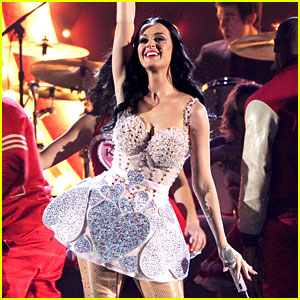 The things I liked, I liked a lot. Katy Perry showed up and did something kind of cool musically but I was too busy keeping eyes in the appropriate places. She was nominated for 4 awards in 4 major categories. She was shut out. Katy did bring her own Grammy. Her 90 year old grandmother was her date. She bedazzled a cane for her and gave her grandmother a heck of a birthday night out.

Muse, the Radiohead derivative band with a cool song, Resistance, won for best rock album, besting better records by Pearl Jam and the timeless Jeff Beck. I was mildly disappointed. It's one category I really care about but at least I didn't want to kill the winner. Then things got good. 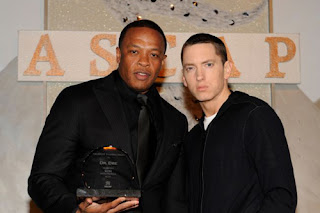 The biggest rock star on the planet, Marshall Mathers otherwise known as Eminem took over the show. Fresh off his two commercials on the Super Bowl, the Detroit rapper-songwriter, showed why his album Recovery, a brilliantly profane portrait of personal improvement was the best thing anyone recorded in 2010. His collaboration with pop superstar, Rihanna, Love The Way You Lie, which lost it's nominations, was performed. Then after 4 minutes of excellence, Eminem introduced the world to Skylar Grey. The 24 year old songwriting wunderkind who penned parts of Love The Way You Lie, and the next song performed, I Need A Doctor, from Dr. Dre's new album Detox showed the music world something different. A petite brunette full of soul, fire, and talent that stole the whole show from even heavyweights like Dr. Dre and Eminem. She was outstanding, as were they. 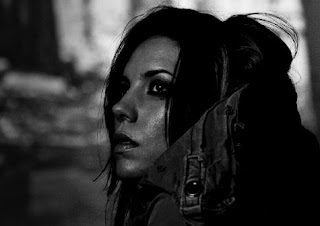 Then things got crazy. The major award is Album of the Year. Usually it's awarded to the record that sold the most or was the most popular. The favorites were Eminem's Recovery, Katy Perry's Teenage Dream, and Lady GaGa The Fame Monster. Yet, the French Canadian indie rock band, Arcade Fire pulled off one of the biggest upsets in Grammys history. 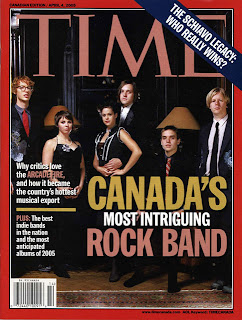 With only 400 thousand units sold, Arcade Fire's six month old album of arena rock disguised as alternative weirdness, won. Then they played an encore, also for the first time ever in Grammys history, and the show ended with mouths agape, and twitter accounts afire. The bottom line message to it all, every 20 years or so, something comes along that takes back the music business. Arcade Fire pulled a Nirvana. It wasn't most deserving or even the most fair, but it was the best thing for music. Arcade Fire, with it;s two sing performance won me over and took back the biz. Bravo, indie rock, bravo.

Today's song was my favorite performance from last night. Dr. Dre, the superman music producer spent 11 years making his Detox album. The first single is I Need A Doctor, penned by he, Eminem, and the aforementioned soon to be household name Skylar Grey. The rage, muscle, power and honesty put forth in the performance was terrific. Play it loud and proud. Happy Valentine's Day, music lovers.