Every morning between 6:50am and 6:58am, my wife calls me. It's one of three reasons. She wants something brought to her at work for breakfast, there's an errand or something that needs to be done that day and she forgot to tell me about it, or our teenage daughter amazed her. Most mornings my wife drops Tay, our 15 yr old, off at her high school which is one mile down the same street from my wife's work. They use the ride to talk, laugh, and make fun me and our other two daughters. Two days ago, Bobina calls me and says "our daughter is amazing". I respond "yeah, I know, what did she do now?" Bobina relays her astonishment as how Tay gets out of the car, pony tailed, t-shirted,blue jeaned and little to no makeuped,  walking confidently into school surrounded by her peers who are dressed to or made up to the nines. 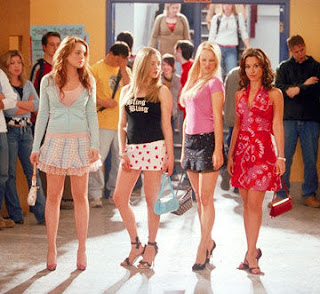 I'm a girl dad. By that I mean I have three daughters and a niece who stays with us quite often. I can't imagine being the father to a boy because I don't have any in my life and I don't think I would want any. I was a little boy. I didn't like myself much. Boys break stuff. They whine a lot. Later in life boys stay dumber longer than girls and they mature slower. For all the faux complaining I do about the 4 women I live with; changing their minds, being high maintenance, and being, well, crazy; I wouldn't want things any other way.

I tell my daughters and my wife they are beautiful several times a day. I say it because I mean it and because I know they deserve to hear it. When I was about my Tay's age, I was very close friends with a girl who had an older sister than everyone considered stunningly good looking. I thought she was a first rate pain in the arse, and I knew some dirt on her that made my stomach turn. Her younger sister, my friend, appreciated me seeing through her sister's bullcrap, and, combined with our mutual interests, made us close for a while. One day while hanging at my friend's house, she was getting ready for a school dance. My friend, feeling plain and unpretty, was being fussy over her dress, hair, and the other stuff girls lose their minds over. She emerged from the bedroom in some ensemble, I told her she looked great, her dad, watching a football game with little interest anything other than the game, barked from the side of his mouth, "it doesn't matter honey, you're the smart one, worry about that." I wanted to punch him in the face,and myself for being part of his gender. I lost touch with my friend after she graduated high school. I later wondered how those words, plus others she heard from her insensitive oaf of a dad, must have hurt her throughout her life.

Being a father in a blended family has certain mine fields to walk through. I didn't meet Tay til she was 12, and her younger sister, the Goose, til she was 3. Not having the benefit of bonding with them as babies , meant there was some clumsiness the first year or so. They don't always know I'm joking when I am. They don't always assume I'm being well meaning. There are nuances to each of our personalities that I, as the adult, have to deal with, so that they feel as loved and cared for, as much as their 7 year old sister, Bug, whose diapers I changed. I try to be careful when Christina Aquilera or someone famously pretty is on tv, the radio, or a movie. I want them to feel comfortable around me at all times, and me and their mom talking about objective beauty probably send a weird message. I know that they'll remember the compliments I give, but they'll never forget the negative things I say. That's another reason why I call my daughters and my wife beautiful every day, several times a day. 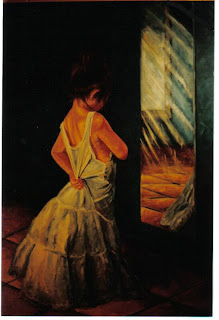 Tay not being handcuffed by what her peers think of her superficially is amazing. At age 15, I was the shortest boy in my class. I was skinny, had just gotten off the braces, and I was still laughing at the word boobies, much less knowing anything about the opposite sex. My innocence was only matched by ignorance which competed with my awkwardness. I cared about what everyone thought me. My wife tells me, despite being physical mature at 15, she was mentally, very childlike, and hampered by peer pressure. This makes us more inpressed than usual of our daughter's confidence.

I read a lot of blogs written by women. So many seem overwhelmed with angst about what they look like, how they look like, and who they look like. You can count on one post a week from a  female blogger being about pretty, ugly, fat, thin, gross, awkward, weight loss, weight gain, past beauty issues, or current beauty issues. I want to reach through the computer, give the writer a hug, and tell them to get over it and be happy with themselves. There's something wrong with that mindset, but as a dude, I have no clue what to do about it.

I don't think fathers talk to their daughters enough about beauty. Every dad, except for the one I knew in high school, thinks their girl is gorgeous, a princess, and special. But, really discussing why their daughters feel the need to gussy up for their friends who are boys, compete superfically with girls, and have to have to makeup, perfume, eyebrow wax, and push up bras isn't discussed enough. My other two daughters, while young for this subject - 7 & 6, are watching their older sister. I hope, like their parents, they are admiring their big dumb sister Tay, for her aura of comfortableness. I'm going to have to put by old fashioned ideas aside, learn to to reduce my squirm, and talk more openly with all three girls about the pretty. I owe it to them.

Today's song probably isn't lyrically copasetic but I'm always in the mood for Pearl Jam. I heard this song going to pick up my teenager the other day. It started the thought process for this blog. Here's Daughter, enjoy.