There is a period in lot of young men's lives where they put away their kid stuff and start new interests. Mine was between the ages of 13 and 16 when I put aside the comic books, hot wheels cars, and toys and started reading and brooding. At 14, my daughter's current age, I read Shakespeare's Hamlet for the first time. Overnight Prince Hamlet of Denmark replaced Spiderman as my idol (with some competition from The Doors Jim Morrison). 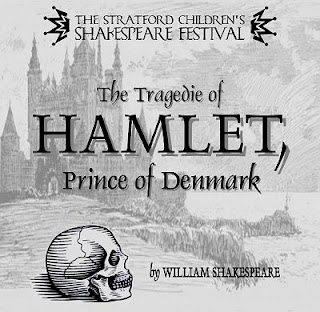 The image of Hamlet being this good man, surrounded by evil, misunderstood by even other good people, fit my whiny, melodramatic teenage personality. When I wasn't growling into fake micophones or writing marginally awful poetry like The Lizard King, I was keeping tabs on my enemies, and making speeches about morality and justice like The Danish Prince. All of this was curiously proper for a young man, but the problems happened for me, when I reached adulthood. Hamlet is a dude with serious issues, and regardless of his rock solid character, and noble heart with lofty intentions, he is destined for unhappiness. So, yeah, I followed the same path.

While I never ended up dead in a Paris bathtub like Jim or killing myself with poison like Hamlet, my emotional rollercoaster ride over the past twenty years could have been moderated by making the proper change in heroes in my twneties or early thirties. Like Hanlet, I am a moral man, burdered with an inaction due to a superhero complex that wants to save or make everyone as moral and resolute as I. It's a doomed philosophy and most adult men would figure this out early on, not me. A few years ago, while going through a divorce, I told my therapist about my self link to Hamlet and she pointed out why my past sucked and my future would be worse if I didn't learn to believe in myself, worry less ab out the flaws of others, live through those instincts and pray for those who weren't doing the same. The slap across the face began a two year trip into reality that formed a more together man that is now with my wife and children. The only unresolved issue was completely breaking from Hamlet as anything more than being a fan of a great literary work.

My favorite scene in Hamlet in the final one, where the violence is swirling, and Hamlet finally overcomes his self absorption and thinks sympathetically towards others, while maintaining his moral compass. His death isn't heroic but it's not pathetic, like say Kurt Cobain's or Morrison's. It's just. The irony of Hamlet journey is , in the end, he dies better than he lived. I have no desire to even walk beside such a fate, much less have one. At the end of your day, you have to be honest like Hamlet , although it's Polonius that says to thine own self be true, but you can't force others to look at the world the way you want it to be viewed and followed.

I relapsed with my Hamlet complex recently, nothing major, but it was a reminder that I never performed the funeral for Hamlet like I should have a few years ago. This is the memorial service. It's a great play, and Morrison and Cobain were great songwriters, but their lives belonged to them. No one should find anything but entertainment in any of them.

"To be, or not to be,--that is the question:--whether 'tis nobler in the mind to suffer the slings and arrows of outrageous fortune or to take arms against a sea of troubles, and by opposing end them?" - Hamlet

"A friend is someone who gives you total freedom to be yourself." - Jim Morrison