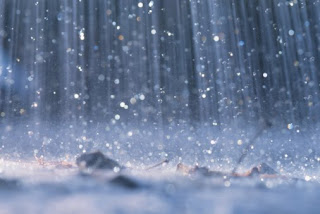 A storm is rolling over my home. My golden retriever is pacing, anxiety ridden over the thunder, lightning and steady rain hitting the house. The baseball game I am watching is a rout, and I have lost interest. The sound of water hitting siding reminded me of a profound period in my life. Lyla (Bug) , my almost seven year old daughter was born August 30, 2003. Due to sickness of her birth mother, I was the primary care giver for Lyla's first few months. I was terrified and grossly unprepared. I knew of no nursery rhymes or children's songs to comfort her and make her sleep. The late summer and early fall she was born, it stormed a lot. This rain tonight reminds me of the precipitation that slapped the house we were living it then. It was a stressful time. The marriage was bad, the job I had was not lasting, I was overwhelmed with a beautiful but tiny new born who needed food and a diaper every 2 to 3 hours. During the parenting times, I starting singing Beatles songs. My parents had introduced me to the tunes when I was a kid and I knew so many Beatles songs word for word, it was easy to sing them to comfort Lyla.
My favorite Beatles albums are Revolver, Sgt. Pepper's Lonely Hearts Club Band and Abbey Road , When Lyla and I weren't catching up on a 2am ESPN SportsCenter, I was warbling Eleanor Rigby , Good day Sunshine, Tomorrow Never Knows, With A Little Help From My Friends, Getting Better, When I'm 64, Sgt Pepper, Oh Darling, Here Comes The Sun, She Came In Through the Bathroom Window, and Lylabug's favorite Beatles song from birth - Octopus' Garden (she likes Ringo, get off her). It's how we bonded. I would scoop this little five pound miracle in my arms, put a 4 ounce bottle in her mouth (she never finished it) and sang til she smiled and eventually slept. 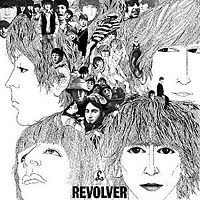 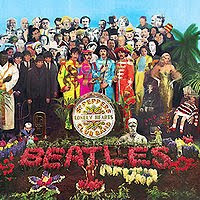 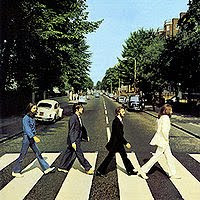 This blog isn't about how great the Beatles are. The Beatles are such an accomplished band, they are overrrated, underrated , rated just about right, rock, pop, alternative, old, new. dated and artistic. This blog is about how the music of a great group can make a special memories. When I met my wife and my other two daughters, they told me they weren't Beatles fans. Lyla and I just smiled. we knew what they meant to us. Every once in a while one of my three kids will ask about their baby years and the assorted memories will be distributed to each child. Lylabug and I made our way through a stressful, scary time with the music that became the building block of rock and roll.
The rain continues. Recently I heard about  a traveling stage show based on Beatles music called Rain. I thought about taking the kids to it, I may still. If I don't make it to that show, I will will break out my Beatles records and try to see what all three girls think. That's what's so amazing about music. It's the best art form. It can transport you to a different time and dimension. Earlier today, while going through a tough day, I listened to Revolver. The way the songs lay out are like a map for a middle aged man like me to follow. That's what the Beatles were so good at doing. Making pop songs relatable to anyone at anytime.
When I'm 64, I'm going to remind my grown kids that their dumb dad was once aware enough to play them The Beatles. I bet they'll do the same for their kids. My wife's asleep, I should go whisper in her ear "I'm Only Sleeping". I won't. But I may blast Sgt. Pepper just to see her jump up and laugh.
Ahhhh, to have great music in my life.
Posted by Lance at Friday, July 16, 2010