Stark white screen, an athletic looking man enter's the middle of the screen, there is no color, just balck and white image of an impressive looking guy, he speaks....."My name is Carl Crawford. My job is baseball. For the last 9 major league season I have played outfield for the Tampa Bay Rays. I'm career .300 hitter. I led my team from the depths of last place to a World Series. I've led the league in triples three times. I have all five tools, my speed is the best one. (intermittent highlights of Crawford playing baseball play) I am 28 years old. Most of you would say I am at my peak as an athlete. I need a place to play baseball in 2011. Do you think I am good enough to play for your team? I do. The screen goes black. The words Carl Crawford outfielder free agent 2011 fill the screen. 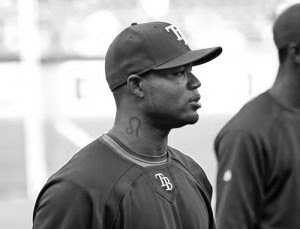 There is no NIKE swoosh. There is no MLB logo. Just Crawford, his highlight real, and a buddy or two with good camera work and graphics techniques. The video doesn't play on the MLB Network. It doesn't appear on FOX, ABC, NBC, CBS, or ESPN. It appears everywhere else. It pops up on youtube first, then twitter, then facebook, then blogs, then ipads, itouches, cell phones, and the mainstream media takes notice. Reporters look into the video. The viral marketing is something studios do with movies like Cloverfield or artists like Christina Aquilera. this is different. It is discovered that Carl Crawford fired his agent and hired a publicity firm after he and friends made the video. Suddenly another video appears on you tube.

The picture is black and white again. Crawford is walking down Madison Avenue. He stops to give money to a street person. He looks up at the buildings of great commerce. He looks back at the camera. "I don't want this. I want to play hard for your baseball team. I don't want to be marketed, packaged or sold. I have money. I want more than money. I want to be great at what I do. (the camera pans by Mets' Citi Field and Yankees' Yankee Stadium then comes back to Crawford serious , determined face) All I want to do is play baseball. That ok with you." End 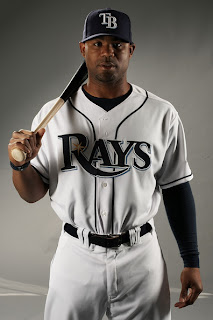 The videos get millions of hits. The mainstream press hounds Crawford for interviews. He signs a new contract with someone for even more money than he was looking for. He pays his publicity firm and business manager fees. There's no agent asking for 5 percent. No corporate logo associated with Crawford. Just a man playing baseball, thanks to viral marketing.

This is all fiction. It will never happened. It's as likely as the "awesome" video the Barney Stillman character made on How I Met Your Mother sitcom ever getting anyone hired at a company. yet the Crawford idea is realistic. It is possible.

Remember Lisa Loeb? She was an unsigned, unheard of coffee house singer who lived in the same apartment building with actor Ethan Hawke. Hawke was making Reality Bites with ben Stiller in late 1993. Hawke gave Stiller Loeb's demo tape, her song Stay was used in the film, and six months later, Loeb had the number one song in the country with no corporate backing, She was still unsigned. 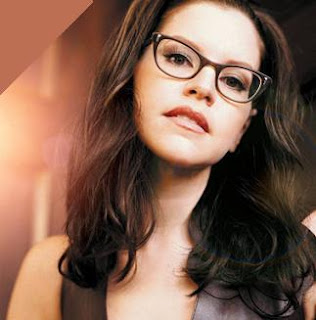 Imagine a band getting popular through videos on youtube or myspace or twitter. Can you say Justin Bieber? Athletes, actors, specialty business people, publicists could all use viral marketing.

Crawford has apparel deals. He's been the focus of ads through FOX TV and MLB Network. People know who he is, because the Rays are a good team. yet, if Crawford wanted to make more money, be more known he could do so without Nike, ESPN, or Scott Boras (superevilagent). Crawford will be one of the top free agents on the market after the season. He's only 28 and he's really really good at baseball. He's the prime candidate to do something like this. With LeWaBo and the Miami Heat phenomena of recent weeks, the way free agency in sports and the way musicians are discovered is changing. The above idea of Carl Crawford's free agent pitch to the American public via viral would have Yankee, Brave, Met, Dodger, Padre, Angel, Cub, Red Sox, fans clamoring for their team to sigh the guy. Crawford's buzz alone would make him the money an agent could get in "negotiations" with teams the regular way. Bands or artists could bypass those cheesy sleezy record executives and those A & R jokes known as showcases and take their music to the public.

Carl Crawford, if you're reading this, if you can front about three grand for video and editing equipment and signs some baseballs for my daughters, I could make you decently rich and almost famous.
Posted by Lance at Thursday, July 15, 2010