I sometimes go for days without contact with dudes. I walked into my office this morning and a guy I work with came up to me and said "Good Morning" and engaged me in conversation about the Braves weekend series with the Brewers, The British Open golf tournament, and something about his bad back that I really didn't need to know about. I almost hugged him. Weird, huh? Somewhere between how to pronounce the guy's name that won the British Open, and his slipped disc it ocurred to me that his male voice was the first I had heard in two days, and before my trip this past Saturday to Lake Lanier with friends, it was three days before that. I live with 4 women. I hang out with my sister in law and her daughter a lot. I have a really good relationship with my mom, my mother in law, and my best friend is female. I talked to her this weekend as well. When my wife told me we were invited to the lake with her work friends and some other friends I started counting how many guys would be there. When I realized there would be more than one, I started daydreaming about sports talk, laughing at our significant others, and caveman like grunting and hunting and gathering. I may be hyperbolizing.

I am blessed with the wife and three daughters I have. My sister in law has become my sister. My mother in law is awesome, I wish I could make mother in law jokes, but I can't, she's just terrific. We are all together a lot. One question I get asked every day is "what's that like?" Well this is what it's like:

I'm a morning person, so is my almost 7 year old Lyla aka Bug. No one else in the house wants to be up before noon. I try to not be overly happy or ambitious before 9 o'clock. This staves off fights, arguments, misunderstandings and hard feelings. It does not keep away evil glares or viscious eyerolls. We have no set eating times in our house. So, when ever the women want to eat, I either eat or I abstain. Cleaning or housekeeping defers to me. Not because they're all messy, well they are, but because when the women want to clean, they'll clean, and clean well, but if they don't, asking gets the glares, eyerolls, and some sort of Georgia Voo Doo that I can't talk about. So I just pick up what I want and be patient. 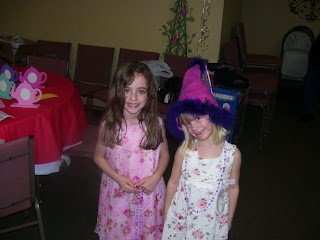 The almost 6 year old, Carly aka Goose, runs the house. This isn't even debatable. Everyone agrees. Even our dog, a golden retriever named Buddy aka Buddy, does what the Goose says. Goose doesn't have a mean bone in her 37 pound body, but her personality is tour de force. It's her world and we are all just time sharing. She prances when she walks. She sings. She dances. She does all of this at the dinner table. Goose calls herself a Princess. She always will tell you that her goal is to be a Queen. I would expect the United Statses to be a monarchy in 20 years, prepare yourself. 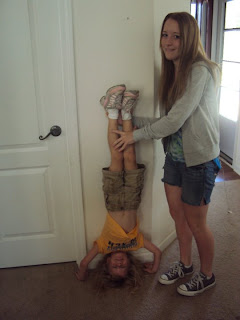 Bug is the tomboy. Her personality is embullient with a capital E. She expects everyone to be in a good mood all the time. She's the only one the house that acts like they give a darn about what I think, but I suspect she does it to get something from me when she wants it. She worships her older sister, Taylor aka Tay, the 14 year old. Bug alternates between playing dress up and make up with her sisters to running around outside with me playing sports with bloody knees and dirty fingernails. 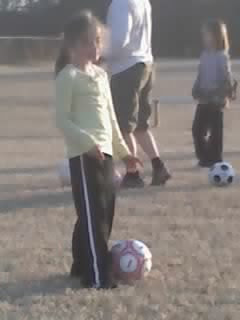 Tay is a teenager. She's been written about previously. Have you ever lived with a teenager? It's like living with 20 different people, all of which are crazy. She's funny, loud, and goofy one minutes, surly and moody the next. She thinks the Bring It On movies are Citizen Kane like, and I just nod my head in agreement, it prevents the glares and eyerolls, temporarily. 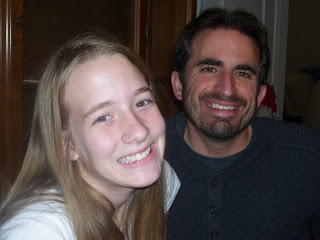 My wife, Deana, aka Bobina or Bo, is the ringleader for most of the nonsense. Goose and Bo are just a like, while Tay, Bug, and I are the most similar. Bobina was Goose many years ago, now,  out of perfect motherly love, she defers to her youngest daughter. I have never talked Bobina into anything, and I never will. In return she loves me unconditionally and allows me control of the remote, well, except when Grey's Anatomy is on. As good of a wife as Bobina is, she's a better friend. She listens, she retorts, she hugs and kisses when necessary. we actually make a good parenting team, as it requires as least two people to clamp down on the three girls. She and Tay often do things to make me crazy for entertainment purposes. I have learned to let them have their "fun'.

Attempts at organization in our house are a joke. Sometimes even a funny joke. Grocery lists are seen as optional. Impluse buying is what the cool kids do. I just make sure we have toilet paper and toothpaste. The rest I leave to them.

The best part about living with four women is there is a lot of love. Goose is the most affectionate. She gets to run things because she hugs and kisses the most. Her favorite place to sit is your lap. Her body temperature is, on average, 37 degrees higher than most humans. So she's an expert cuddler, especially in the winter. Bug and Bobina like to hug a lot. Bug still likes daddy enough to give affection without being begged, but she's starting to wane. Tay sees any contact with someone other than her peer group as vile and unnecessary. I steal my hugs and kisses from her. Tay is remarkably open to affection when there's something at the mall she wants. You have to know how to handle that. Buddy is just as needy and open as the Goose. He makes a great footstool.

I try to treat the three girls equally. They hate that. Tay wants to be treated like an adult, we butt heads as a result. Bug wants to be treated like Tay, since she still struggles with long division and shoe tying, that's not happening. Goose wants to already be treated like The Queen. Finances and her lack of experience inside the monarchy prevent this. Bobina likes it when I say yes dear, and shut up when I'm supposed to. Our marriage has been outstanding since I started doing these things. I am not allowed to do hair, make up, or anything that coincides with any of the four's appearance. I am required to cook hamburgers (my specialty, I'll post a recipe soon) at least once every 10 days. My participation in Uno games, and bike riding along with taking them all to the park is mandatory.


What's it like living with 4 women and hanging with 3 or more other females a lot? It's insane, fun, loving, interesting and something I wouldn't want to be any different.
Posted by Lance at Monday, July 19, 2010