I live among the dead. Four beautiful women, aged 33 to almost 6. They are zombies. I call them pop zombies. They consume pop music, pop culture, soda pop, and jiffy pop popcorn. Their appetites for all things pop are ravenous. This week, they are gourging on the final season of Hannah Montana. As a result of this pop culture event, my beautiful, big hearted, sweet demeanored pop zombies are in top form. 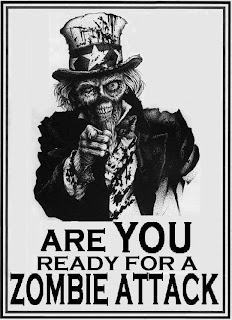 For the past two years I have been well behaved, keeping my music snobbery, and well, general snobbery to a minimum. I draw the line at Miley Cyrus and her television alter ego Hannah Montana. For the uniniated, here's your thumbnail sketch of Miley and Hannah: early 90s country music fad Billy Ray Cyrus (remember The Achey Breaky Heart and the uber mullet?) had a daughter after his fifteen minutes of fame were up in 1992. That daughter got her own television show on the Disney Channel in 2006. She plays a girl named Miley (you have to admire her range_ who has a double life as a teen pop sensation named Hannah Montana. A blonde wig and some light tricks and suddenly everyone thinks there's just Hannah. The show became an instant hit. Albums, books, dolls, you name it, have been created and sold; making the Cyrus family multi-something. 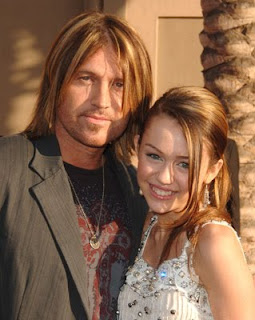 I know I liked some lame stuff as a little kid. I refuse to admit to any of it. If someone calling herself my mother posts any information about my childhood, ignore it. It's not true, I'm almost sure of that. So, I excuse my two grade school age daughters for buying the Miley hype. My wife and my teenager? They have questions to answer. My house is fervored with the last season of Miley, Billy Ray, and Hannah. 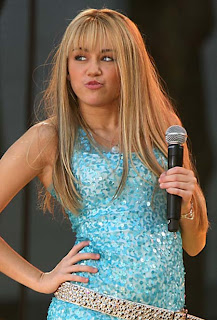 Miley Cyrus is about to turn 18. She has already taken provocative pictures, gotten a tattoo or two, and hung out with Bret Micheals and other adult stars trying to shake her life of the Disney channel and the Hannah Montana persona. She had a contract to honor and zombies to feed so she is giving in to one last season of this forsaken show. I watched her Hannah Montana movie with my kids earlier this year. I know I will never get back those two hours of my life. Yet, I can hold on to the 30 minutes spans of time they now enjoy, watching this television show.

When they consume pop, Hannah Montana, New Kids On The Block, Taylor Swift Kesha, whatever, I  laugh. Deep inside the cockles where my heart is supposed to be I fear for their souls; if pop zombies have souls. I am glad they're enjoying themselves. I am also glad they attend church. Maybe they can be balanced that way. 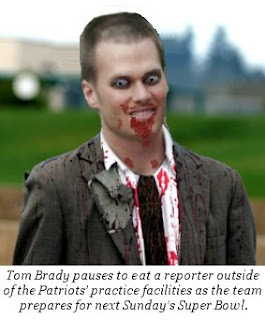