The Magnitude of Me

"Sometimes I underestimate the magnitude of me." - Reggie Jackson 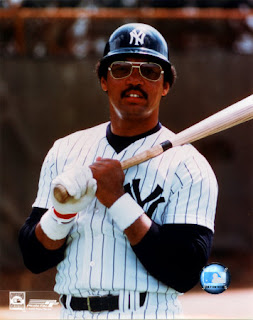 Over thirty years have passed since Hall of Fame baseball player Reggie Jackson said that line into the microphones of New York sports reporters. It reeks of arrogance and oozes self-satisfaction. Yet, any athlete, entertainer, politician, or successful business person will tell you, those around them will verify, that confidence is mandatory for achievement.

Tonight, a baskettball player will command the attention of the sports network ESPN, for the sole purpose of announcing where he will play bastketball for the 2010-2011 season, That's all. That will be the extent of the information given over a one hour block of time. Since the completion of the 2009-2010 NBA season, LeBron James, the talented and very famous basketball player for the Cleveland Cavaliers has dominated internet, television, radio, and newspaper buzz because he is an unrestricted free agent. The professional lives of otehr NBA team executives, players, agents, coaches,and fans will be greatly affected by his decision. Thats' not the issue I care about. What gets me the ego involved with using your own television program to self aggrandize. 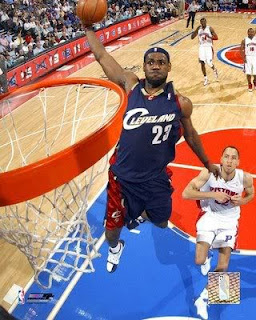 A minimum of five times a week I use this line on my three daughters and my wife, "not everything is about you." They also use the line on me. The point we are making to each other, especially to our kids, is you are part of something larger than yourself. Other people have feelings, cares, desires, dreams, and interests. You should never put yourself above anyone else, especially your family, for selfish needs. I live with four women, this message is sometimes lost because clothes, hair, stuff needs to be acknowledged and dealt with.

I understand that some people, mostly famous, uber successful ones, have egos that are necessarily larger than mine and I can never understand the world they live in of wealth. LeBron James has earned  a level of fame that may require a one hour televsion special to stroke his ego. I don't pretend to get it, but I will at least allow him his platform. What drives me a little crazy sometimes are the people who live in a world similar to mine who desire to have a basketball player's or rock star's ego.

How many people have you known in your life who seem to cause so much drama and trauma without having anything, seemingly, negative affect them? I call these people walking car crashs. They cause monumental pileups behind them while they move along unaffected. They even blame you or others for whatever problems they have, yet they have caused issues for themselves and others around them. I think LeBron James is one fo these people. He may choose to leave his current team and cause a mediocre organization in a mediocre city to collapse. he may go to a high profile market like New York and inflate the fortunes of himself and those around him. He may go down to Miami with two of his friends, Dwyane Wade and Chris Bosh and create a media circus triple team that will handcuff an organization financially while leaving them unable to sign players that will help them win, the real goal of any athlete, well, for most athletes, right?

Everyone has an ego. Sigmund Freud wrote all about that over a hundred years ago. I even tell my wife and kids that it's ok to be assertive and selfish sometimes so as not to be run over by bullies. I am a people pleaser by nature. So are two of my kids. yet, I try to make sure I do not become co-dependent for fear of losing my own identity. That's what this blog and my twitter are for, to express my personal, and sometimes selfish opinions. yet, I do not negatively affect the important people in my life with either outlet. I also could never envision calling ESPN to announce where I was goingt tow rok next year. Although my wife, a chef, has wanted to call the Food Network to brag about what she's made for dinner. I don't blame her, she's good.

I don't care where LeBron James plays hoops next year. I will likely cheer against him, as I did Reggie Jackson, as a kid. The infliction of ego onto others is a vice that just can not even kind of like. Now, I have to go link my blog to everyone I know, and brag about my oh so unique thoughts on everything I care about. What? Should my next blog entry be about hypocrisy? 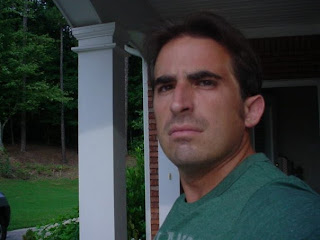