Believe it or not, I do have a job. It's a really good one. I am fortunate, blessed even, to have such gameful employment during the time we live. It's a demanding career sometimes. It takes me away from my family. It drains my energy and spirit occasionally. This job is doing that to me this morning. I don't talk about what I do for a living because, I want to keep the job. So, I will stop talking about it now. 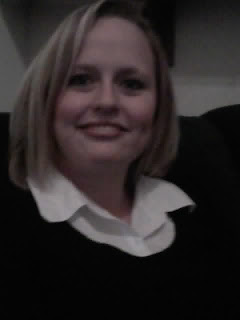 In the middle of my stress, my wife, aka The Bobina texted me about a song she has fallen for called Wave On Wave by Pat Green. We have opposite tastes in music. My favorite band is The Clash, hers is New Kids On The Block. She listens to country music, I find that genre to be cringe worthy with lazy songwriting. Rarely do we agree on something music oriented. We both list Christina Aquilera as our number one celebrity crush. So we talk about that instead of what CDs we are listening to. Bobina tries to find "our song".

She's cute when she tries to get me to listen to some pop tune or country warble and say the lyrics or sound reminds her of "us". I guess it's better than her identifying with Go Your Own Way by Fleetwood Mac.

A few months ago, if you follow this blog you probably yelled "OCTOBER!", Bobina and I really found our purpose as a couple. We kind of figured out why the heck we were together, why we loved each other, and mostly, what we were going to do to grow old together. One of the things I started doing was indulging her romantic music gestures. Music snobbery may be a deep, meaningful philosophy, but it doesn't get you female affection. Bobina and I are a second chance couple. We didn't meet until three years ago. We both married others and had children with others. Thus, we try to make the most of each day together, because of the time it took to find one another. When Bobina texted and called with the song, I paid attention. These are the lyrics:

Mile upon mile got no direction,
We're all playing the same game.
We're all looking for redemption,
Just afraid to say the name.

So caught up now in pretending,
That what we're seekin' is the truth.
I'm just looking for a happy ending,
All I'm looking for is you.

I wondered out into the water,
And I thought that I might drown.
I dunno what I was after,
I just know I was going down.

That's when she found me,
I'm not afraid anymore.
she said"You know I always had you baby,
Just waitin for you to find what you were looking for.

I'm not going to go out of my way to listen to it. If the music blows, I don't want it to affect me. The words mean something to her, and thus me. My blogging friend j aka judy aka @jclementwall on the twitter talks about Love 24/7 with her positive website - http://zebrasounds.net/  Love is her favorite subject, her purpose, really. She usually ends her posts with something along the lines of, "go out and find love today." J,  I already found mine.

*blogger note* - I realize the title of the song my wife texted me is unintentionally insensitive to today's events in Japan and the Pacific. As a result, I am not titling this post anything that contains the word wave or water, not will I tweet anything as such. The ironic part of this blog post is the song is about a metaphor for Bobina and I's love story. I hope no one is offended. I also hope and pray for the safety and good will of everyone in that area and any others that are affected. Now, go out and find your own love.....


Today's song is what I would have picked for Bobina and I to be "our song". Noel Gallagher isn't known for love or sentiment, but in the middle of his band, and one of my favorites, Oasis', huge heyday in the mid 1990s, he penned the song Wonderwall. For years people speculated it was about someone specific in Noel or his brother Liam's busy love life. In 2002, Noel revealed Wonderwall was about an imaginary woman who saves him from himself. Bobina certainly did that for me, she's my Wonderwall. I played Oasis a couple of weeks ago so instead I'll post Ryan Adams' quieter but more soulful version of Wonderwall. It brings home the lyrics. I hope Bobina and any of you who need it, get the message.