I have written a lot, lately, about the things going well in my life. It is now time for me to be honest about my biggest failure, my language. I don't curse, I don't use slurs, and I don't talk down to women. I talk like my teenage daughter.

She enjoys making fun of me. If she wasn't giving me the business, something would be wrong with our relationship. Yet, I realize that her disapproval of some of the words I use is not only rational, it's right. A few nights ago I was watching San Diego State play Navy in the Who Gives A Flip College Football Is Insanely Greedy For Sponsoring A Game Featuring These Teams Bowl. San Diego State has a running back who is excellent at football. He was scoring his second touchdown and my daughter, Tay, seen here: 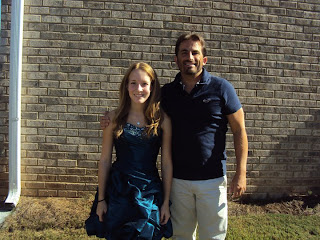 was walking through the room and heard me say "that dude is beast", I saw her stare at me, roll her eyes, and then I said "or tight, legit, money, sick or whatever, you know". Suddenly, under the critical eye of an almost 15 year old, I was reduced to blather more suited to a cast member if the movie Clueless. 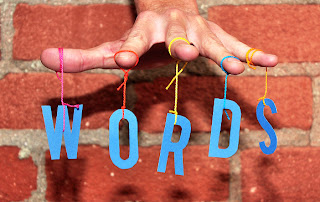 I have several friends, real and online, with kids in the same age range. They report similar issues with either trying to relate to their teen children through music, movie, or vocabulary. Twitter has become a great resource for antecdotal evidence that a lot of 40 year olds (my age) talk or at least tweet like, 15 year olds (my daughter's age, in 10 days). I see the words holla, aight, whatever, pshaw, k, lol, omg, viral, woot, like, you know, and countless others that probably shouldn't come from the mouths or keyboards of anyone over the age of 20. 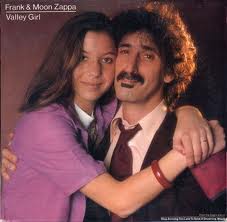 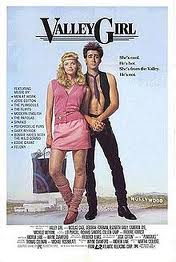 Moon Unit, with her dad's genius production, made a novelty song hilighting the verbal gymnastics Southern California teenage girl engaged in with words like, grody, to the max, gag me with a spoon, as if, like, ya, and many other words that would make English professors want to find a shotgun and lose their minds. I remember my parents thinking me, and my friends had lost our minds when we started mimicking the language. Funny this is, my parents didn't follow suit. Whereas, I have, and so has my wife and our friends.

I'm a word nerd. I used to study the dictionary and thesaurus in my room growing up. I wanted to go into sports broadcasting as a teenager. I had a southern accent, and wanted to lose it so badly that by my freshman year of college I sounded like I was from the Midwest or Northeast. My diction was unnaturally clean. I also did not use Valley Girl words or hip hop culture stables like holla, aight, yo, or bomb diggity.

I find it difficult writing my 100 word entries, my fiction, or even a friendly story review for a friend, without tossing in a non sequiter or some slang. My favorite song of 2010 was American Slang by The Gaslight Anthem. While the song was brilliant, I couldn't escape lazy verbiage. It's endemic, though. I work around men and women who are middle aged and they mix in slang and teenage talk without realizing they're doing it. This isn't me writing about how the world is headed to hell in a handbasket because we talk like Jay Z or Ke$ha. Music is headed to hell in handbasket because of it, but the world itself is ok. I am going to make it a goal of mine in 2011 to talk more my age. Act my age, absolutely not. I have a blog and a twitter account for goodness sakes. I will leave the young slang and the hip hop lingo to my daughter and the teenage kids of Chris/@DxPepper, Nee Cee/@DDubsLilDDub, C/ @onesmarmymama, Corrine/@Corrine224, @& Heather/@MrazFan19 (they all responded to my twitter poll on the subject). My wife is on the spot too. She's pretty and all but the woman talks like Vampire Diaries cast member.

It's funny, I learn more from my kids than I do from people my own age these days. The cooler I try to act around Tay, the less cool I am to her. She wants me to be the big goober dad type I sould be, which means seen, not heard. I'll continue to embarrass her as much as possible, but I'll make sure to say the latest Eminem record is well done hip hop as opposed to phat beat that blow up my speakers, dawg. See, that reads as stupid as it sounds.

I mean, the end. Good night.