Waiting On A Friend

Being a good friend, a true friend, means saying something the other needs to hear; not wants to hear. My wife and I pride ourselves on having a great relationship because we tell each other everything, even when it's brutally honest. I am about to do the same to someone I care about. I hope they hear me, or um, you know, read me.

Derek Jeter, I say this out of love, I hope you know this; you must retire from baseball after the season. We go way back, Derek. We "met" your rookie year with New York Yankees in 1996. Everyone became interested in you because you wore the number 2 (Billy Martin wore 1, Babe Ruth wore 3), played shortstop, and hit .314 your rookie year. I saw deeper than that. In a time when baseball was recovering from the work stoppage of 1994 which saw the World Series canceled, you played the game with an energy and respect not seen, outside of Cal Ripken Jr, for a long time. You carry yourself with a style that, while most likely contrived and manipulative, seems natural and effortless. Despite playing and living in a era of mass media, the internet, TMZ, and fallen superstar and superficial celebrities, you have maintain a clean image.

Every athlete declines, Derek. You're 36 years old. I turned 40 this month. I know aging, dude. You have 170 hits. I know You have 2917 of them. You probably want 3000, who doesn't. Derek, go out now, while you are still a respected everyday shortstop on the nation's most high profile team. Look, I know, you're thinking I'm not being a good friend telling you this. You have to see all the sides, man. You aren't the weak link on the Yankees. You've watched AJ Burnett and Joba Chamberlain pitch. Your teammate for the last 15 years, Jorge Posada, has declined more than you have. Let's face it, you're still awesome at the little things you do for the team. You run the bases well. You sacrifice and move runners over with aplumb. After the season the Yankees will be put on the spot to either pay you over 20 million dollars a year or watch to take your talents to Tampa or Los Angeles or (if God is listening to my sillier prayers) Atlanta. Let's not put any of us through that soap opera. 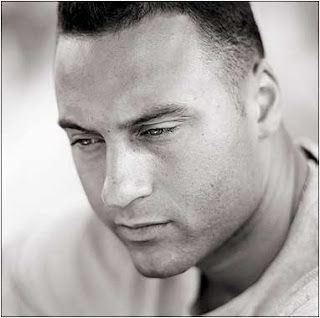 You have stayed single for the duration of your career, Your girlfriend, actress Minka Kelly, wants to get married. Think of all the time you'd have to devote to that young marriage. Your business acumen is noted. We both know your second calling in life is to be a New York and Florida real estate baron and investment entrepeneur. It's time to show that world who the Hall of Famer in capitalism really is.

I know what you're thinking. No one is going to tell you want to do or when to do it. Point taken, Derek. Although I'm sure you will own this postseason and add a World Series MVP to the trophy room, the last few postseasons haven't been great. The last thing you want is Robinson Cano, Brett Gardner, or Lord forbid, Alex Rodriguez taking your Yankee postseason mystique.

Don't worry Derek. I'm not going to get sappy or weird or creepy here. We know how we feel about each other. Some things can go untold. I just want you to know, I think it's time for you to fold up the pinstripes and take Minka on a long honeymoon. Listen to someone who cares, brother.
Posted by Lance at Monday, September 27, 2010