That's what you are watching. Twenty nine years ago, the entertainment industry changed. At the time, I was a month away from my 11th birthday, living Grayson, Georgia; a suburb of Atlanta, without cable tv (we got it a few months later) and with no knowledge of The Buggles or Martha Quinn. MTV would come into my life about six months later and by then it had reached full phenomenon. At the time MTV was really cool, hip and interesting. The channel played videos, talked about bands, interviewed rock stars and provided a soundtrack to kids' lives. I know this is impossible to comprehend to my teenage daughter and her generation who think MTV is The Real World, Teenaged Moms, and Jersey Shore. I hate coming across like a bitter old man, here's what MTV looked like the first 10 years:

My memories of running home from school to catch the latest Def Leppard or Van Halen video and carry on my crush of Belinda Carlisle have faded. 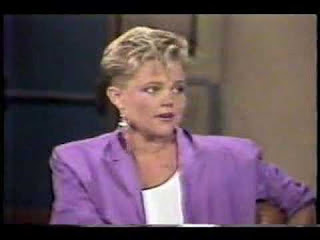 The criticisms of MTv then and now are spot on. For a few years between the ages of 11 and 19, I really enjoyed something on television, then it changed.

Here are some more videos, enjoy or amke fun of me. I'm cool with either.