Houston, we have a problem....

Six and a half years ago I said something I now regret. The room was huge. The chair was comfortable. The video screen showing me how cool the company was and what a career with them could be was more than impressive. The second question the eight men in the room asked me during my second interview was straight forward; "can you relocate if the the job requires you to do so". I said yes. Today, over half a decade later, I wish I had said something different. 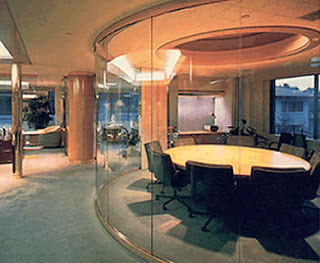 In February 2004, I was not married to the same person I am now, my daughter, (Lyla) Bug was 5 1/2 months old and easy to carry from one place to another. I thought this job I was interviewing for was really cool. I could end up being a six figure communications project manager, who cares where I live. Then, the rest of my life happened. My nose went to the grindstone. I worked hard. I built a reputation with my company. Most of my gigs were in the southeast or a few days at a time out of town. I saw Los Angeles, New York, Michigan, Texas, Florida, and a few other places. I also "stayed" at home.

The last 3 1/2 years I have been doing the same thing. I do it really well. It's time to move into something more challenging. I have begun project management traning. I have been asked and interviewed for a huge project in southern Maryland, beginning in October. As of last week, I accepted the position. It will be more money, responsibility, prestige, and a solid future for my family. It will change everything.

In the meantime I will be helping another project manager in Houston, Texas build communication sites for 911 public safety systems. I leave Sunday night for the Lone Star State. I will be home Wednesday night. I don't want to go, personally. Professionally, it will be awesome. I don;t sleep in motels. I am miserable away from my wife and kids. 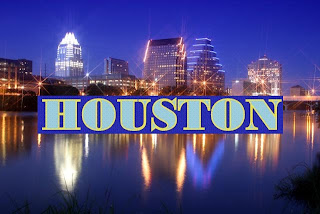 Two years ago, I met and married my wife and expanded my previously blogged about blended family by 4 people. They don't do well when I'm gone either. This is a good thing. Houston will be the test for us. If we can adjust to things, Maryland will go easier. By spring of next year, we may be moving to that state. Until then, we have to learn my crazy new schedule. I think a lot about the words I said to my bosses in 2004. Everytime I lecture my kids on responsibility and my wife on planning, I am struck with a hand of hypocrisy and I now realize I only saw a cool job with a comfortable chair and some impressive dudes with audiovisual equipment.

I love my job. I actually have a career. I plan on retiring with this company. I just wish I has planned instead of reacted. I already miss Bo and the girls and I haven't even left. Packing that bag Sunday night will feel like yardwork or laundry or cleaning the kitchen. I hope they know it isn't money I'm chasing, but our future. Hopefully they'll remember to walk the dog and garbage day is Monday. Houston, don't expect me to be a good mood.
Posted by Lance at Friday, August 06, 2010