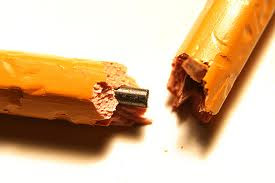 Over the last four days I have started blogging and one word or one paragraph in, I hit delete. Nothing sounds good. Nothing looks good. This blog is the menu, I'm nugry, and I just can't decide, soup, sandwich or salad. Cake is all I can think about eating, and we all know that would go right to my hips. Cake would be some sports rant, or a list, or, Lord forbid, something political. I need steak and eggs but I don't see it on the laminate. I don't think I officially have writer's block. I have been writing. I have a notebook with a story begun; several page down. it's a fictional story, dependent on allegories and metaphors, with the truth of my life as it's foundation. I'm afraid to share any of  it right now. 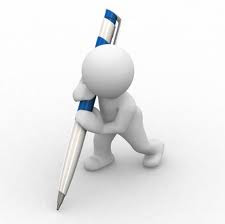 I have been reading a  lot of blogs. Some are really good. I don't want to be a niche blog writer. That's why I have ventured away from sports writing. I wrote about music for 4 posts in a row, but I've done that before, years ago, when myspace wasn't the crackden backalley of the internet.

Randomly, here's what's on my mind.

1) Darrelle Revis' contract dispute with my New York Jets is frustrating me. The superstar cornerback is their best player. The Jets have a Super Bowl contending team, yet, they need "Revis Island. I think they should pay him, leave the distraction behind, and deal with the labor fall out next year.

That's sports, appeals to only a few, is a millionaire (Revis) conflicting with a billionaire (Woody Johnson, Jets' owner) and it's argumentative.

2) It seems like everyone is suing for sexual harassment or is sexualing harassing. I don't get either. HP's CEO had something going on with an actress/reality show star and now he's without his job. Actor Casey Affleck is getting sued for the offense. Brett Favre has been sending naughty pictures on his phone. I'm afraid to say hello to anyone of the opposite sex.

That's a weird subject. Involves the word sex a lot. After two jokes and maybe two paragraphs, I start sounding creepish writing about it.

3) My kids have started school. Our schedules are changing. Our house is crazy right now, in a good way.

I have written about this stuff a lot lately and there's no real new news to report. Girls are great. They like their schools, teachers, and stuff.

I am considering changing the blog a bit and posting some fiction. Serialize it, so that; hopefully; you all will want to know what's coming next. Yet, it's risky. I don't want just 4 of you sticking around. I'd like a lot more than that. 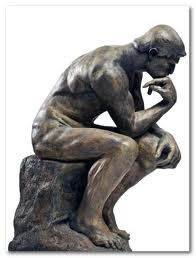 Feedback would be great. Use the comment button. Maybe, I'll come up with something in the interim. Heck, I may write something today. Let me know what you think.
Posted by Lance at Tuesday, August 10, 2010