We are in the middle of an imposing gauntlet of family gatherings. They started last Saturday at my Aunt Angie and Uncle Paul's and will end at my father in law's bunch the day after Christmas. Eight appointments in eight days covering four sides of a blended family. That's a lot of mashed potatoes and pumpkin pie. Tonight, as I pleasantly observed my three daughters, wife, mother in law, father in law, sister in law, niece and daughter's friend who is a boy, eat ham, toss around wrapping paper, play games, and show off their new gifts, I thought of how comfortable we were with each other and how others would find some of what we do, say, eat, play, and think; odd or even crazy, but it was perfect for our part of the family. The last thing I would ever want would be for someone who didn't under stand us to judge it all incorrectly. There were playful insults, inside jokes, fun loving needling and over the top family humor that a videotape would have shown wrongly. We were so happy in the moment.

Rex Ryan, the coach of one of my favorite football teams,  the New York Jets, had to stand in a  room of strangers, and some friends, along with his employer and listen to questions about a personal videotape made years ago, between he and his wife. The details are theirs, and I find them gross, but let's just say there was a fetish some find weird. A disreputable website published the tape and now Ryan and his wife face public embarrassment over something they found ok, unique, interesting, and of course, very personal.

I relate to what Rex Ryan is going through. A few years ago, I blogged something I shouldn't, used very poor judgement, and regretted it, felt embarrassment, and still face consequences. I crossed a line I shouldn't have, and it appears the Ryans did too. It doesn't make them bad people, nor did my mistake make me a bad person, but now is the harsh light of public persecution that makes me feel so very sorry for them. I hope they are made stronger because of it all.

When I walked into my in laws home, a video was playing. It was a collection of pictures of my mother in law's family including me. There were pictures of her brothers, mother, father, cousins, daughters, and grandchildren. Tender moments that told stories of joy, sadness, belonging and family played for several minutes. They were still pictures made into a video, like a slide show. I started thinking of what I wasn't seeing; seconds or minutes after each picture was happening. Then I stopped myself. It was none of my business. The still shots told enough of a story that I didn't need backstory, gossip, or juicy details. That's the problem with so many of us. Instead of being happy with our own lives we have to be worried about others. It is what is feeding the Rex Ryan story and other things that are too much information.

I have a twitter account and a personal blog. I post pictures of my family and friends. I talk about silly, sometimes touching instances that happen to them and myself. I try to know the line and not to cross it. Since I'm a writer, I write, a lot. Most of it doesn't make it to the blog. There are things I want to say or write but know that I don't need to. Often, I read the blogs of my friends and fellow writers and I geta  little jealous that I am not more revealing. Then I think about what people, who do not have me or my family's best interests at heart, would think or do with out of context information; and I practice restraint. I am honest, very honest. The Ryans were certainly honest with their unfortunate video, but I enjoy the cocoon of appropriateness my wife, kids, and other family members can live inside knowing I would never release them.

Its a daunting Indiana Jones adventure my family is living through right now. Dodging sweet potato pie and casseroles while picking up a a gift card and leaf blower here or there. Can't wait to update you all on SOME of it, just not ALL of it. Here's the Claus sisters Bobina and Bubba aka Deana and April, my wife and sister in law: 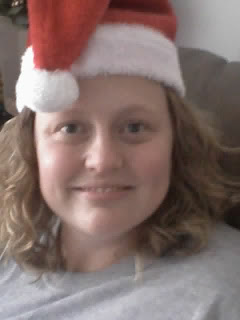 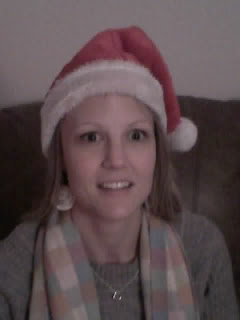