Tay made fudge. It's so good, I feel like I'm doing drugs with a gaggle of groupies in the penthouse suite of the Waldorf Astoria in New York City while and my bass player is tossing a a big screen television out a window. It's that decadent. Chocolate, homemade, warm, thick, and perfectly mixed; this stuff is perfect.  It shows me how extreme emotions can be so misguided. I feel comfortable. Flipping the tv between an Atlanta Hawks basketball game, Atlanta Thrasher hockey game, and Monday Night NFL football while licking food heroin off a spoon. None of this is good for me. Now, I put the spoon down, check on the girls, they're sleeping well, and Bobina's breathing better. She's on the mend. I love them. I like the fudge. 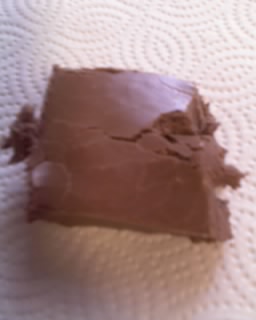 My problem with the extreme emotions are for trivial things. While Christmas shopping this week, I saw people stressing over not finding their children the right gifts or over items they felt were priced incorrectly. Now, on this football game, grown men are spewing adjectives that should be reserved for the dude who cures cancer, for a 41 year old quarterback with morality problems, declining skills, a tendency to commit turnovers. One announcer actually said "I love watching him play football. It makes all if this worthwhile." Really? It's football, dude. I played it, followed it, and cheer for it a lot. It's football. It's something to like, a lot, not love.

This happens in my life often. I live with 4 women, including a teenager. They love some odd things. Clothes, pop songs, doritos, pop tarts, over the hill singing stars, bad television shows about reprehensible teenage vampires and unlikable Seattle doctors, and certain scents from Bath and Body Works. For some reason, maybe because I'm just a certifiable weirdo, I never use the word love, great or hate unless it pertains to my family. I like the New York Jets, Atlanta Falcons, chicken marsala, sweet tea, pumpkin pie (ok i may love that), Christina Aquilera (also debatable), hockey, grilling, writing, the Atlanta Braves, the University of Alabama, sushi, the number 7, summer, the beach, twitter, and blogging. I love my wife, my three daughters, my dog, my mom and dad, my sister in law, my niece, my mother and father in laws, my close friends, and a few other family members. Ok, fine I love pumpkin pie, red velvet cake, and writing. Still, the emotion people show for material things and trivial things confounds me.

When it comes to emotions and language we all should be renting, not buying. They're temporary. Love your family, love your friends (the good ones), like everything else or you will be disappointed often.

Good grief, I may find a vein and mainline this fudge, I Loooo, really like it.
Posted by Lance at Monday, December 20, 2010