My life revolves around girls in pretty dresses. Either my wife and daughters are attired for some event or their friends. Tonight I sat in a high school theatre watching Tay receive an award for her stellar work on the school yearbook. A few minutes later something caught my attention so profound, I was actually able to pay attention to someone and something other than my beautiful daughter's achievement.

My favorite book may surprise you. As much as I admire Ernest Hemingway, James Joyce, Jonathan Franzen, and F. Scott Fitzgerald an book written by a great man about himself in the turbulent 1960s is the only book to change the way I think.

Tay's high school was honoring their academic stars tonight. The class salutorian was a cute girl in a dark dress who was headed to the University of Pennsylvania after graduation next month. When her turn came to receive her salutorian honor, the principal listed her accomplishments. As a senior she has built a heck of a resume. I'm sure my daughter will match or surpass her in 3 years but tonight I was taken back by this young lady's high school career. Her favorite book is The Autobiography of Malcom X. Just when you think this world is doomed, you hear something like this and suddenly, you realize, there are young people out there who get it.

I first read Brother Malcolm tale told to Alex Haley when I was 19, and a sophomore in college. An English class I was taking required me to read something nonfiction that was American History related. I was knee deep in being contrarian and thought rocking something controversial like Malcolm X would be so punk rock to my professor, I would either get an easy A, or kicked out of class. This girl was reading this in high school, for fun, and calling it her favorite. I was impressed.

"I'm sure most everyone has either read this book or seen Spike Lee's excellent biopic, so we need not rehash the story too thoroughly.  Anyway, what matters are the essentials.  Malcolm Little was a street punk when he was exposed to the Nation of Islam in prison.  This exposure, and the racial pride and anger that went with it, lead him to educate himself and get involved with the Nation, where he became one of the most effective spokesmen and organizers.  A confrontational proponent of racial separatism and black self-reliance, during the Civil Rights struggle, he was yin to Martin Luther King's yang (or as I read somewhere, he was the Old Testament figure, King was a figure from the New)--the constant reminder to whites that if King's nonviolent methods failed to produce results, millions of righteously resentful young black men were waiting in the wings.  But, when Malcolm X made a hadj to Mecca, he discovered that there were Moslems of all races, worshipping together peacefully, and that racism played no part in traditional Islam.  And so, in the closing days of his life, he split from the Nation of Islam, adopting true Islamic beliefs and practices and earning the enmity of Nation leaders who had him assassinated.  The arc of this story, from the gutter, to a redemptive anger, to a cleansing understanding, to violent death, is like something from Greek myth or Shakespeare, but it is a uniquely American tragedy."

The book changed my mind about prejudice (what a waste of time) and how I related to people who were not like me. If a man like Malcolm X could give his life for becoming enlightened, I could be open minded.

I hope Tay's high school salutorian (her name rhymes with Mistina) has great success with the next phase of her life. Most of all, I am proud that some kids, my daughter included, are ahead of the curve in their cultural education.

Tonight's ceremony made me more proud of my daughter. It also made me more comfortable with her future. We may be okay after all. 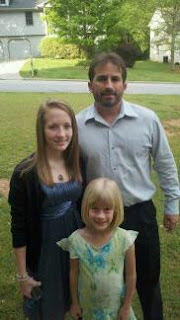 Today's song is a message filled one from the late great Marvin Gaye. The words mean as much today as they did when Marvin first sang this over 40 years ago. Here's What's Going On....