Only One Fish In The Brave Sea

"I don't get high, but sometimes I wish I did. That way, when I messed up in life, I would have an excuse. But, right now, there's no rehab for stupidity." - Chris Rock.

That is not the mission statement of this blog. It is not an invitation for my wife to tell everyone how dumb I am. It's a really good excuse to talk about something stupid that happened today in baseball. The Florida Marlins just hired the winningest manager in their short, weirdly successful, but losing franchise. The Marlins are an odd organization. They are 1305-1414 overall. They have never won a division championship, but the two times they made the postseason, 1997 and 2003, they won the World Series each time. Their pattern has been scout well, draft well, wait for those young players to develop into stars, and trade them for more young talent. Thus, consecutive winning seasons have happened just once, 2008-2009, The manager of those two teams was Fredi Gonzalez. He was also the manager for the 2010, until a few hours ago. With a record of 34-36, the team in 4th place in the National League East, 7 and a half games behind the Atlanta Braves. The Marlins just made another stupid decision. Four years ago, with the lowest payroll in major league baseball, the man Gonzalez replaced, Joe Girardi, led the Marlins to a surprising 78-84 record. Girardi was named the National League Manager of the Year by the Associated Press and The Sporting News. Girardi wona  World Series last season as the manager of the New York Yankees. Girardi was fired because he did not get along with Marlins owner Jeffrey Loria. This takes us back to Gonzalez. Gonzalez has been a loyal Marlin. He was the first minor league manager hired by the organization in 1991. He coached for the Marlins in their minor league system through 1998, then spent two years as a third base coach for them with the major league club. He moved over to the Atlanta Braves for a few seasons and eventually became the third base coach for the Braves. When Girardi was fired in 2006, Gonzalez was hired within hours. Again stuck with low payrolls and departing superstars, Gonzalez kept the Marlins competitive and had winning seasons in 2008 and 2009. Earlier this season Gonzalez made news across the sport for benching his All Star shortstop Hanley Ramirez for not hustling after a pop up. Ramirez was rewarded the previous season with a 70 million dollar contract, despite a reputation for being a prima donna. Ramirez lashed out at Gonzalez and his teammates for the benching. After a clubhouse mutiny, Ramirez apologized. His contract was engineered by Loria, the owner, over the objections of other Marlins management, who thought the money may be too much too soon for the temperamental star. The question now looms, was Gonzalez fired because he was at odds with his star player? 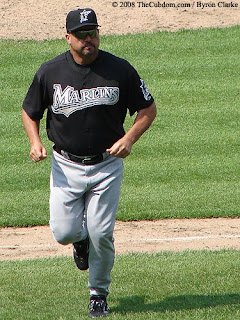 The Marlins are a rival team. I cheer for the Atlanta Braves, so for now, I prefer schadenfrude for Florida. What concerns me is the retirement of Bobby Cox. I offer Fredi Gonzalez as his replacement. If Gonzalez could win 80 plus games a year with a payroll half of the Braves' amount, what could he do with Jason Heyward, Martin Prado, Troy Glaus, Brian McCann, and another temperamental player, Yunel Escobar? We saw what happened when Florida disposed of The National League Manager of the Year for 2006, he won it all with the 200 million payroll of the Yankees. Gonzalez is a risk taking manager. His teams run. His teams bunt. His teams hit and run. They don't play good defense (the Marlins are atrocious in the field) and Gonzalez has a tendency to give up quickly on guys in slumps. He is excellent with the media and seems to get along with young players who can hit (like Heyward).

Frank Wren, if you're reading, call Fredi Gonzalez' house in Marietta, Georgia. His wife attends dozens of Braves games a year. Get him under contract for next season. he can even bring his fellow fired hitting coach Carlos Tosca with him if he wants. The Marlins are stupid. Don't be like the Marlins, Braves. You're smarter than that. 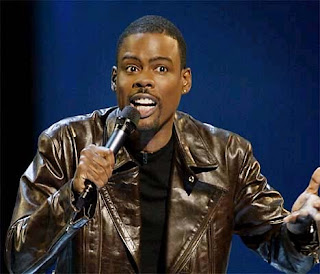