Let's Hear It For These Whippersnappers.

Often I catch myself looking around my gym at the people in their teens, twenties or early thirties and being proud of strangers. As I turn 40 this September I have the advantage of experience to be able to be happy when I see people younger than me taking care of their bodies. I want to walk up to each of them and hug them and say "way to go, you'll appreciate this years from now". Since it's tough to support a wife and three daughters while imprisoned, I stop my good-hearted but weird social urges.

I think I'm a bit of a freak for someone my age. I do not wax poetic about my high school athletic career (or lack there of, depending on who you ask) nor do I think anything done when I was younger was better, with the excception of rock music, which I swear was much better in my youth. 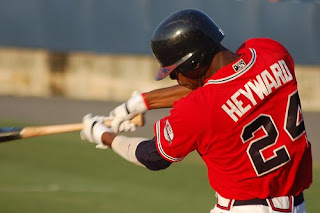 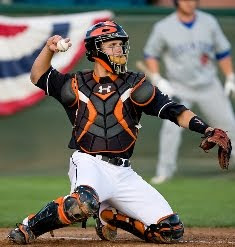 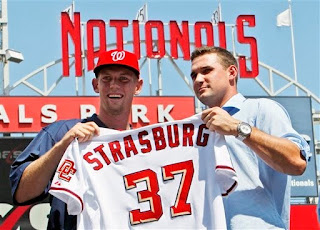 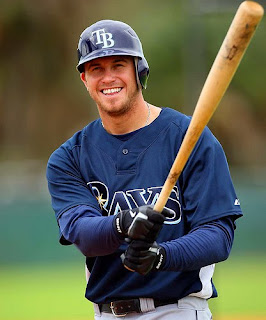 While I am an experience snob when I listen to music or raise my kids, I am just the opposite when I watch sports. Earlier today, while tweeting and watching sports I found myself cheering for rookie baseball players Jason Heyward of the Atlanta Braves, Buster Posey  of the San Francisco Giants  and Stephen Strasburg; currently in the minor leagues for the Washington Nationals. While Heyward has started the season in the Braves lineup and producing at a historic level, Posey and Strasburg have been tearing up their respective minor league teams waiting for their major league chances. Posey was called up today and went 3-4 with an RBI. Strasburg has blazed through severals starts and is rumored to be called up next week. The Tampa Bay Rays are baseball best team. Their best player is a third year superstar named Evan Longoria. Their pitching staff is 5 deep with hurlers who have been in baseball less than 4 years each, highlighted by second year phenom David Price and rookie Wade Davis. All of this begs a question; Why do baseball general managers risk their high paying, high profiled, high pressued jobs on older free agents, aging players sitting on guarenteed contracts that enable them to never work for a living once they retire; while holding back younger, cheaper, and perhaps, hungrier players?

Last season, the Braves' pitching star, Tommy Hanson, had a terrific spring training. He was expected to break camp with the major league team and be their fifth starter. Instead, he was sent to the minors, where he excelled for two months. Finally, after two months into the season, he was called up; going 12-4 and finishing second in the rookie of the year voting to Philadelphia's JA Happ. The controversial move of sending Hanson down was enhanced with the revelation that keeping Hanson a minor leaguer til June 1st, he would have his arbitration date (meaning he would wait an extra year for free agency, thus delaying his millionaire status if he were successful) moved back. The Braves cheap move hurt them in the standing. Hanson could have won enough games to help them make the playoffs. The Braves denied this, saying Hanson wasn't ready til June. Few people outside Braves' General Manager Frank Wren's family and friends believe this.

Professional sports is for the young. Even the most special athlete's body wilts under the stress of competition in his thirties. My 40 year old body can not do what the 25 year old body can do inside the walls of the Bodyplex in Buford, Georgia. With performance enhancing drugs supposedly making their way out of major league baseball, I believe the game's stars will be under the age of thirty. This is a good thing. Now, does anyone know where I can score some ibuprofen? Deadlifts kicked my tail yesterday at the gym.
Posted by Lance at Sunday, May 30, 2010