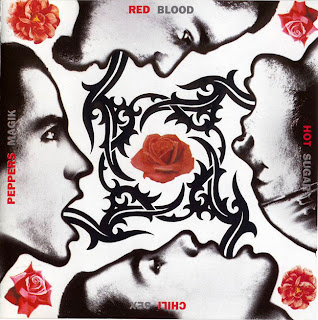 Lark McKissic's two thousand dollar business suit and eight hundred dollar high heels were a unnecessary for her work in Florida. In a few hours she would be in club that encouraged beach wear and skin. Lark ignored the hotel manager and hit a few number on her iphone. As the elevator in the lobby of the $225 a night Kasmir Cove High Rise Condominiums waited, she spoke "Melissa, this is Lark McKissic. I'm in from New York for a few days checking on a couple of clients. I need your boutique's touch. Care to send yourself and a few ensembles over. I'll make it worth your whole Wednesday and Thursday." The elevator opens. She hears what she wants to hear, and steps in to go to the 19th floor suite. Lark estimated she had an hour or so before Melissa brought half her shop over and then annoyed her with inane gossip and general chit chat. Lark decided to get some information that she actually needed. She called the Inkwell again. Mallory Powell had just returned from her curious journey and her co-worker Bonnie handed her the phone, "it's some woman, says you want to talk to her about something important." Mallory paused then took the receiver from Bonnie and guessed "You again? Maybe I should give you my cell number." Mallory shooed Bonnie away from the front counter for more privacy. Lark answered, "Why, are we girlfriends, Mallory? Want to go shopping or talk about boys? Let's brass tax this situation. What have Dean and Silas discussed?" Mallory was giving sarcasm, in large doses to her tormenter, "Booby glitter." Lark was wondering if she could emply the same otherworldy tactics the man in the black suit could, then she decided her brain made a better weapon. "You probably checked on mom and she was a okay with the stud muffin in her apartment. Won't be long til good ole mom is back in coke, meth, liquor and mutliple boy Fridays, and Saturdays, and Sundays." Mallory was not only offended but low on insults, "Listen you vile bitch, you...." Lark interrupts, "Mallory, I don't have time to laugh at your dissassociative personality. Plus, you're turning me on slightly, and I don;t like where that's going. Fill me in on what Dean and Silas have done in the past hour or so, then, I'll do the rest." Mallory meekly replied, "Dean gave him a tattoo of a rising phoenix on Silas' ribcage. It's a cool design. It's yellow, gothic, and flamy. Then  they went over to Applebees and talked about music and boobs. It was epic in it's testosterone level." Lark responded, "Thank you Mallory. Nice doing business with you. Expect your mom to have some good luck with her weekly finances this week." Lark hung up the phone, Mallory felt nauseous and wrong.

Mallory sent Dean a text to his phone, telling him about his afternoon appointments. Silas' manager, Colin Cooke, texted him about band rehearsal and band interviews. As Dean and Silas stood outside the Applebees soaking in the mid afternoon sun, Dean shook Silas' hand and said "i'll be there tonight. I'll be bringing a friend, hope that's ok." Silas laughed and said "as long she is a she, bring two of them. See you tonight Dean, this has been an excellent experience, from the tattoo to the conversation. As Silas walked away, Dean again felt the cold sensation over his back. Whatever it was, Dean decided to headback to work and face it head on.

Social Distortion music filled the store speakers and that provided some comfort to Dean as he stepped back into the place. Mallory ignored him, but that was normal, he thought. He asked Bonnie who his next appointment was, she looked at the ledger and read out "Penelope, any minute now." Dean thought about that name for a second and wondered if it could be her. Someone he knew twenty years earlier. He walked in his office, and Kevin yelled at the top of his lungs, DEAN, YOUR APPOINTMENT IS HERE!" Dean considered firing Kevin on principle, but he distracted himself when he saw "Penelope" walk into the room. "Hello Dean, forgive me for not calling, but I'm a busy woman these days." Lark McKissic sat down on the big chair and took off her light tan jacket, revealing a while tank top. "What in the hell do you want,?" Dean asked rudely. Lark smiled, and took in Dean's stress. Instead of dominating the moment, she fed Dean's ego and waited for her moment to pounce. "I want the rose surrounded by briars and vines on the bloodsugarsexmagik album cover. You know that's one of my favorite records. Leave out the faces of the band guys, just the rose and the vines. I'll take it on my left side rib cage. I hear that's a popular area. I enjoy the hottest trends, even if the tattoo is of something over twenty years old." Dean was neither excited about the ink nor enjoying Lark phony good mood. He figured Lark wouldn't be here if it weren't for Silas Bane and the man in the black suit. He decided to see where this situation took both of them. Dean said "I'm assuming you can afford this, so, I'm going to drop a lot of detail in the piece. I won't take less than $500." Lark smiled and replied, "sold. You could sell ice and penicillin to an Eskimo with the clap, Dean. Let's do this." The fake flattery and ridiculous frivolity only enraged Dean. He knew Lark was there to play him, pry him, and screw him over. He would wait for the real punchline.